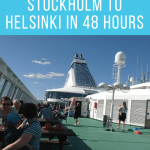 CRUISE IN LUXURY ON THE MS SILJA SERENADE; STOCKHOLM TO HELSINKI

First let me ask you real quick; did you think cruising was a retiree, older person sport? Well I can guarantee you it has gone from a quiet pastime for retirees, to a popular option for family vacations. And thanks to our sister in law, we not only visited Stockholm Sweden for the first time ever, we also had a luxury mini cruise experience on the Silja Serenade cruise ship!

This ship wasn’t our very first ship travel experience, but it was our first mega luxury cruise. We never realised we hadn’t had luxury yet, till we went on this two-country cruise.

We have been on several ships including a cruise in Marmaris Turkey! This was on a whole new level.

The Ms Silja Serenade is packed with entertainment options galore.

With Stockholm as a base, you can now cruise the Nordic waters on one of the larger cruise ships – complete with a theatre and Broadway musicals, Discotheques, Full Spa, and a shopping mall with everything you need including a Duty Free store, woot! The other option for us could have been the Ms Silja Symphony…Which on the day we chose was heading to Tallin!

Okay, back story, we went to Stockholm for family members 25th wedding anniversary and we decided to go for the mini cruise while we were at it.

To make life much easier, we chose the hotel nearest to the Cruise Liner Terminal. Both the hotel and terminal are in the higher end neighbourhood of Stockholm called Gardet.

We literally could see the cruise liners from our hotel suite on the 13th Floor. We had a beautiful archipelago view.

This will be a different review on its own. You will want to check it out.

So, getting to check-in and board the cruise was a walk down the road from our hotel. A major advantage as our family could park on the hotel premises for our stay away. Checking in was truly a breeze and the terminal is Huge, you cannot feel claustrophobic, although seating is limited!

And to get to the terminal you must walk down a raised tunnel that actually is directly connected to the Scandic Ariadne, the Hotel we stayed in before our cruise.

Let’s talk about the Silja Serenade – a Mini Review

Silja Serenade cruise ship is one of the largest we have seen. Probably as large if not larger than the Three Queens that dock in Liverpool Albert Docks most summers.

It has a unique interior layout. Once you get on Deck 7, you are presented with a promenade-street that runs alongside the central axis of the ship for nearly her full length.

According to Wikipedia, this allowed for a larger number of cabins with windows (today such promenades are found in the most recent ships of Royal Caribbean and Color Line. 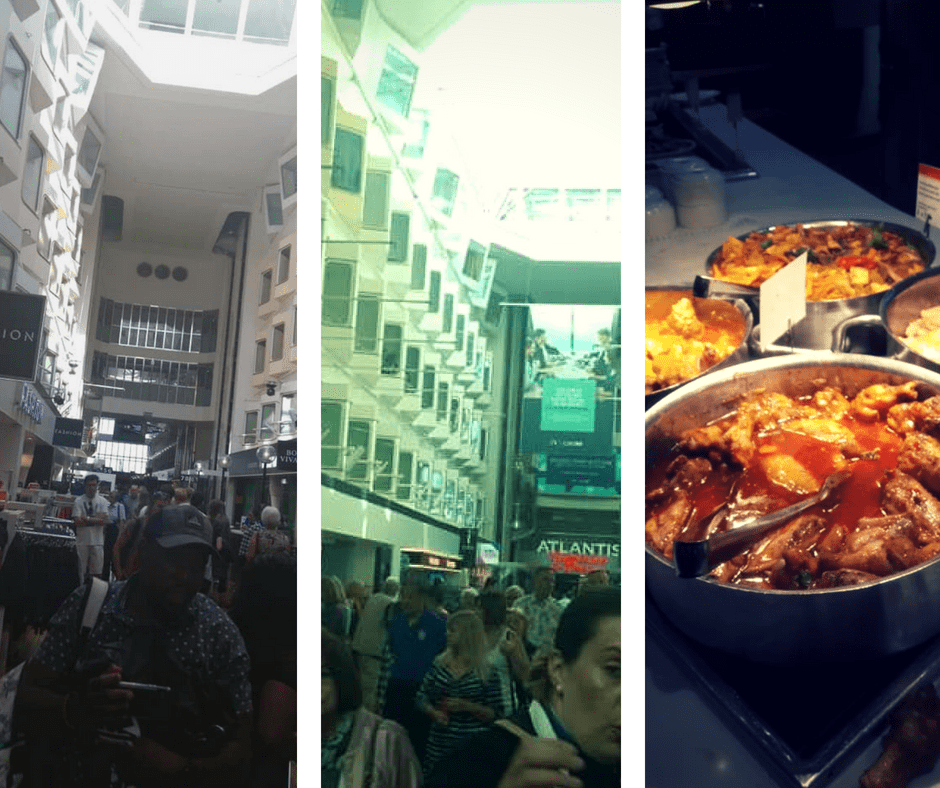 She made her maiden journey on the Stockholm-Helsinki route in November 1990. The route takes passengers from Stockholm to Helsinki Finland.

You can chose to go for day, one way or even two days!

Entertainment on the Silja Serenade

While the destinations themselves are certainly attractive, there’s plenty to keep you busy on board as well.

Silja Serenade can carry thousands of guests for sure. She has 14 decks and boasts several restaurants and bars.

A New York themed club on deck 12 and a full-blown Atlantic Palace Theatre on deck 7/8. Should you want to rest, you can see the full-scale Broadway musical on the theatre.

She also has a world class Grande buffet on deck 6.in addition to the several restaurants scattered across deck 7.

For that First and Business class feel; head to the Commodore lounge, Commodore, A, Promenade and B -class cabins on deck 10. And…

The Silja suite, Commodore, Deluxe, A, Promenade and B -class cabins on deck 11

And the piece de resistance a Helicopter Deck as you do, of course on deck 14. 😉

the piece de resistance a Helicopter Deck as you do, of course on deck 14. Click to Tweet

We can say our taste buds were tickled very well with a variety of culinary experiences. We genuinely did not even scratch the surface of the menu on offer at the Grande buffet.

There was a microwave to reheat your food if you wished.

Honestly everyone was covered including gluten free foods, vegetarians, fish eaters you name it! Meal times were absolutely hilarious as we were a group of 39 people of course not counting all the other cruise trippers. It was clearly a happy experience for most that we observed. 😊

We must say the Grande Buffet gets the Pkjulesworld 5 Chillies…a First in this space for sure.

We danced until the wee hours in New York, after a full theatre experience in Atlantic Palace. What was not to like?

Observation: we noticed that the duty or tax-free store was not really that much difference in prices for some things in Stockholm.  In fact, it was dearer in some instances. Cest la vie

Any Downers on the MS Silja Serenade and Final Words

We were shocked that the New York Lounge DJs would not play any music outside of what they had on offer. Two nights in a row, different DJs.

Even though we were the only guests in the lounge after 2 am, and they clearly wouldn’t be offending or excluding anyone, the DJ arrogantly declared that:

“If I dont wish to play a song and say no then I wont ever change my mind!”  Shocking customer care.

Esp. as The request was for the anniversary celebrants and we genuinely were the only clientele at that time still in the club, buying the drinks and eats too…!

Plus this is common on cruise ships, the cabins on the lower decks have very narrow corridors, you can barely drag 2 suit cases at the same time. We found it hard to help a family member get her suitcases out to the lifts without dragging one suitcase at a time!

Other than that, we had such a blast, we are already planning our next Cruise this time for 10-14 days and possibly Caribbean.

So have we inspired your next or first cruise, possibly on the MS Silja Serenade? We sure hope so. And if we have do Share this post and share your insights below. Have you been on a cruise before? Share your experiences and recommendations too! 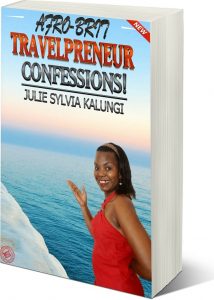 See, Do Be More 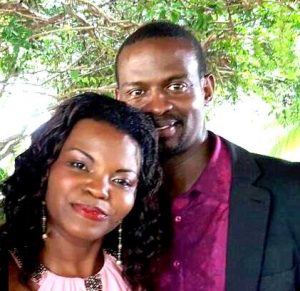 Need Help with your Life or Business Goals? Why not Book a FREE Breakthrough Chat with Julie Here and Get Clarity in your Mission.

Looking to work with or advertise with us, Check out our Media Kit or Contact us! 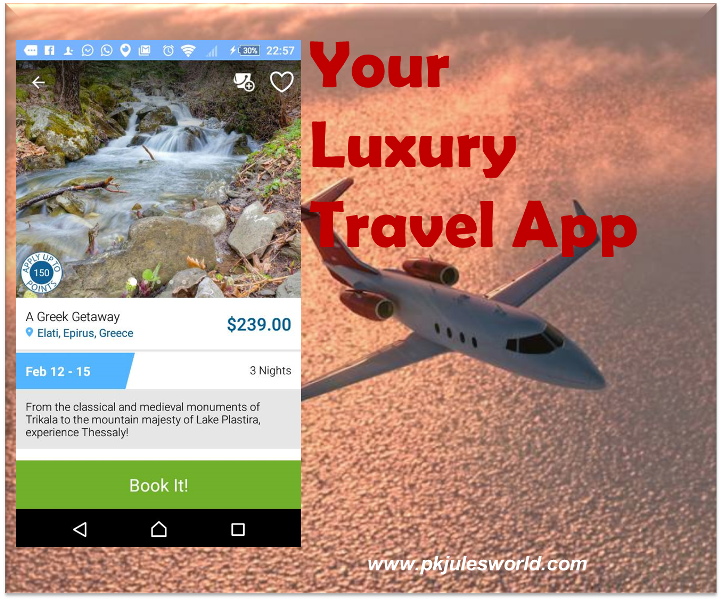 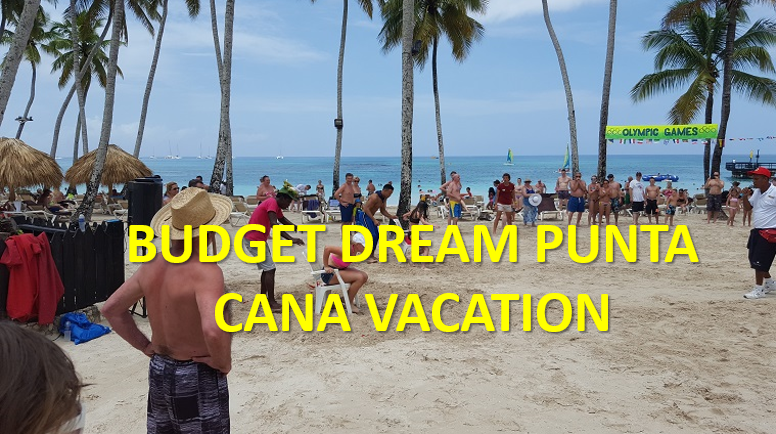 26 thoughts on “CRUISE IN LUXURY ON THE MS SILJA SERENADE” We use cookies on our website to give you the most relevant experience by remembering your preferences and repeat visits. By clicking “Accept All”, you consent to the use of ALL the cookies. However, you may visit "Cookie Settings" to provide a controlled consent.
Cookie SettingsAccept All
Manage consent

This website uses cookies to improve your experience while you navigate through the website. Out of these, the cookies that are categorized as necessary are stored on your browser as they are essential for the working of basic functionalities of the website. We also use third-party cookies that help us analyze and understand how you use this website. These cookies will be stored in your browser only with your consent. You also have the option to opt-out of these cookies. But opting out of some of these cookies may affect your browsing experience.
Necessary Always Enabled
Necessary cookies are absolutely essential for the website to function properly. These cookies ensure basic functionalities and security features of the website, anonymously.
Functional
Functional cookies help to perform certain functionalities like sharing the content of the website on social media platforms, collect feedbacks, and other third-party features.
Performance
Performance cookies are used to understand and analyze the key performance indexes of the website which helps in delivering a better user experience for the visitors.
Analytics
Analytical cookies are used to understand how visitors interact with the website. These cookies help provide information on metrics the number of visitors, bounce rate, traffic source, etc.
Advertisement
Advertisement cookies are used to provide visitors with relevant ads and marketing campaigns. These cookies track visitors across websites and collect information to provide customized ads.
Others
Other uncategorized cookies are those that are being analyzed and have not been classified into a category as yet.
SAVE & ACCEPT
1.4K shares