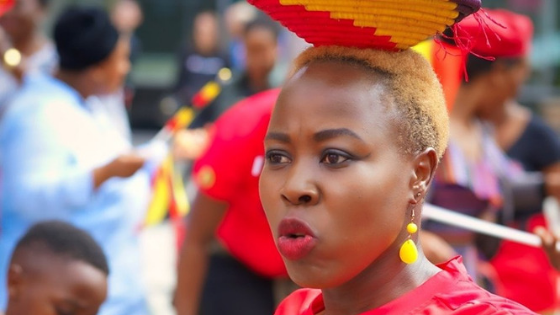 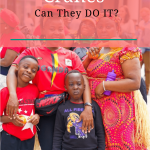 Will They Wont They – Uganda SHE Cranes Hit Quarter Finals, Are They Up to the Task?

The Netball World Cup took off on Friday 12 July in spectacular style with the M&S Bank Arena packed to the rafters with netball Fans. Liverpool Fans did what they do best… Support a home team 100%. England the hosts kicked off the event in the evening at 5pm GMT, and decisively beat our Home girls the Uganda She Cranes by miles… Seeded #2, and Uganda Cranes #6 we kinda still had hoped our girls would beat them. Huh there’s to hope. 🙂

It was a scintillating start to the Vitality Tournament one that we Ugandan observers felt was weighed heavily against our She Cranes, even the umpires acted like they were part of the England team.

I have watched the games and screamed my voice hoarse for 4 strait games and today I share my Observations.

My observations, and please take these at face value from an amateur netball observer.

First of all, these Girls Are SHEros. OMG the challenges they have had to go through to get to UK and to win and get through to the Semi Finals…Wow.

Secondly, these girls are WORLD CLASS PLAYERS, irrespective of what may happen behind the scenes. They are a highly respected team on the Netball scene and for that we can only say Thank you to the Coaching team.

Now with that said, I have observed something and other supporters have too.

These awesome women who have surmounted massive mountains, they seem to lack an intrinsic sense of confidence in their ability and strength as a Global Team.

They also seem to NOT believe in their intrinsic capacity to effectively challenge and beat any team they face.

Can someone please assure these amazing ladies; The She Cranes that “YOU ARE a Powerful Team seeded #6 Globally, better Believe It !”

QUESTION IS: Do they Believe that they are THAT Powerful?

I also soon noticed that they are humble women, who know their game. And so, they should stand in that Power with Self-confidence.

They should BOLDLY step on any court, knowing they are a powerhouse, a top team that other teams in the tournament are actually apprehensive to be paired with. So, these teams bring their most aggressive game to get ahead of the She Cranes.

Even England’s Vitality Roses, the home team did fear the Uganda Cranes a wee bit me thinks. So much so, they brought their “A Team” along with lots of team changes. Imagine, none of the starting team finished that inaugural game!

Yet let’s face it, this is their home ground, and they had to slap their stamp all over any team they played with first.

Uganda Cranes happened to be that team and boy do the English supporters drown out an Arena! When they support they bring the passion.

BUT, boy oh boy, despite the out numbering of support, being the underdog in terms of Team Fans front, the Ugandan supporters are showing their mettle.

Check the She Cranes Support Below:

The She Cranes are a Powerful Team seeded 6 Globally. #ThisIsNetball #UgandaSheCranesClick to Tweet

In fact I would be right in saying WE have played an instrumental role in inspiring the team to play bigger and win their last 3 games.

On their 2nd Game, Uganda defeated Fiji effectively qualifying to meet Scotland on day #3. Scotland had just lost to the Vitality Roses so Uganda felt they were in with a chance.

Scotland didn’t give them an easy ride though they won that game thank goodness.

Day 4 Uganda went in to defeat Trinidad and Tobago, 57-54 in a pressure raising game, that kept the now mostly hoarse supporters on our toes.

Well, they kept alive their chances of a semi-final meetup… So who do they meet next? I am sure NTV, SKYSPorts BBC etc., will keep you posted on that front. But a little birdie tells me its going to be South Africa’s Protea team!

Why don’t the Uganda Cranes (Netball Team) Show up BOLDLY?

Maybe they dont have enough resources and training equipment as most of the western world teams? Yet they did qualify and are seeded so that hasn’t seemed to stop them before!

So why do I think they come across as not confident enough?

Because of what I have observed and heard all over the news and global network interviews. Just yesterday after the Trinidad and Tobago game:

One of the players was interviewed by an event reporter, regarding the next game against South Africa. She replied to the effect that:

Uganda has not beaten South Africa since 2009 and so the girls will do what they can, but they know that the Protea team is hard to beat.

Now, I am not a football coach, however, as a Mindset and Business Coach I know that:

What we Think and believe of ourselves, we become.

What we Think and believe of ourselves, we become.Click to Tweet

Plus, I am reliably informed that: the She Cranes beat the South Africa Team in a recent friendly match.

And, the same She Cranes team is the African Champions for two years running today.

Yet, this seems to have gone missing in the interview with the Team captain when yo take her response above.

I am not sure if the team has a Mindset coach, I sure hope they do. But if they don’t, surely getting one on retainer would be amazing for their state of mind, self confidence, self belief, self image, and How they show up in tournaments and competitions. Availability of resources or no resources Success and Winning are an Inside Job.

Clearly they are winners, they are half way there being in this tournament. Having attended numerous tournaments across the world before, imagine what they would do with a more success oriented mindset?

In fact, I would be happy to do this as I do teach my business clients “Winning Mindset” techniques as part of our Sessions and Masterminds.

Other sports teams across the globe have Mindset and Mindfulness coaches in addition to the sport coaches, Physios, doctors, etc.

I believe that if we as human beings

That’s how some people who grow up in difficult circumstances are able to change their situations and Live much wealthier lives. They believe they deserve more, they see themselves in a better place than their circumstances, they focus on Gratitude and Service. And sooner or later, they win.

See, I have noticed that the She Cranes have so much talent. They have a sense of camaraderie and they know they need to win.

If they played with more Mental BOLDNESS, ooze calm confidence, they will be a force to reckon with. Unbeatable, a dream team.

Imagine they are a dream team with the encumbrances they have to-date? With the lack of resources, the lack of funding that most 3rd world countries and sportsmen/women suffer, the reported alleged minimum state support again a common 3rd world malaise!

I will not go into these details, as I don’t talk about things I don’t have enough information on. Yet, whatever it is, whether:

They PLAY To the best of their abilities. And for that we have them and the Coaching Team to thank.

Plus, the major encouragement of the State Minister for Education and Sports; Hon. Charles Bakkabulindi. He plus the National Council of  Sports Officials personally make sure the Uganda fans get tickets to the games as much as possible. We cannot thank them enough, what a team!

The National Council of Sports Officials, Members of Parliament, also encourage and speak to the Team daily which is awesome indeed.

Even HE The High Commissioner of Uganda to UK Mr Julius Moto, welcomed these stars and must have given them lots of encouragement at the start of the tournament.

Like I said before, I don’t dabble in rumours and Social Media drama… All I know is; these Girls are playing their hearts and socks off. We the supporters are encouraging them to our very best. Hoarse voices and all. Imagine, whenever a game ends, win or not, we celebrate the fact that the #SheCranes got to the World Cup against ALL ODDS.

And the Leadership team is doing their best with the hand they have been dealt.

Check out what the Uganda She Cranes Team Coach said below.

Who Are the Uganda Cranes facing Next?

Well, after beating Trinidad and Tobago, they qualified for the top 12. Now they must deliver more to be seeded under 10. 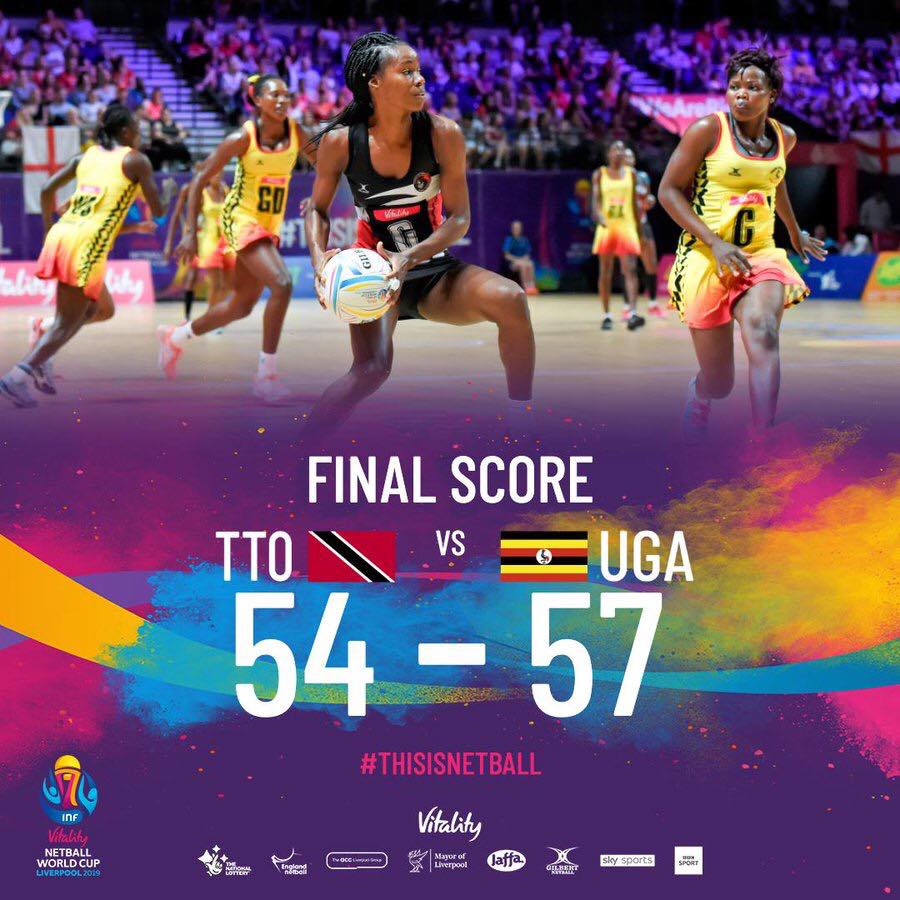 I believe the preliminaries or group games are done. And 12 teams have progressed to the next stage.

They’ve been placed in 2 groups to play for a place in the semi-finals. So they can be seeded 1-12 globally, right to the Top. The groups competing for the semis are as follows;

Previous results against teams within these new groups carries over, ensuring that teams which secured 3 wins at the preliminaries stage go into the next phase with an advantage. Yayyyy 😉

Way to go Uganda She Cranes. You have Done us Proud and SHOULD Stand in that power as a Power Team, because YOU Are and we your UK Fans for one are so Proud of you!

And if you love

After you’ve left a comment, let’s CONNECT and bond some more on Facebook or on Twitter, Instagram and Pinterest. We also Podcast on iTunes. And you’ll definitely want to check out our amazingly helpful Winning Entrepreneurs Den to help you Create some Extra income Online for even more epic trips!

Looking to Collaborate with us? Check out our Media Kit where we Help People Everyday. Want to chat about something else then Contact us for a chat! 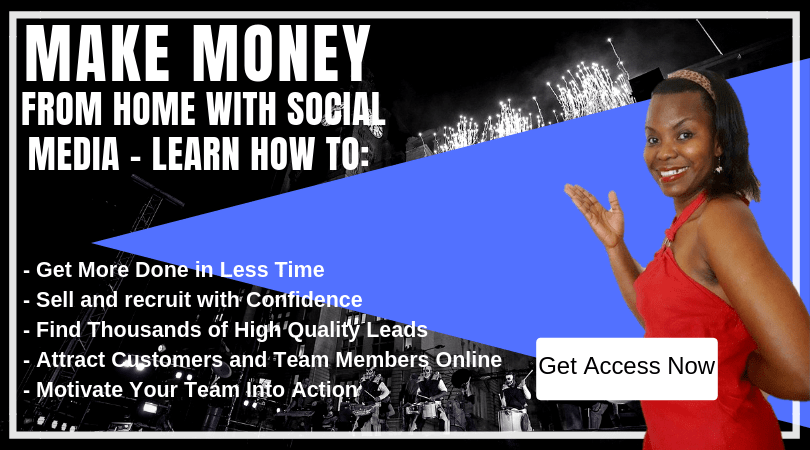 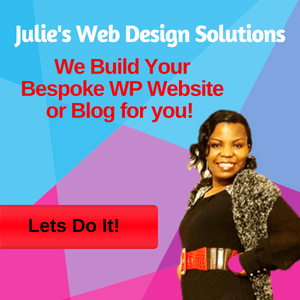 Staying on course and right on top of your goals i

May this Eid bring joy and love to your heart and

Imagine how incredible your life could be one year

Bank holiday weekend was time well spent. This is

The global slowdown has caused a huge shift in a l

Mother earth needs to breath. Are you giving her a

You cannot imagine the joy 60+ families in Liverp

Working and volunteering with Wodin gives you a se

Ramadan Kareem to all our Muslim brothers and sist

Hot off the Press!